MY REBBE, MY TEACHER, MY INSPIRATION 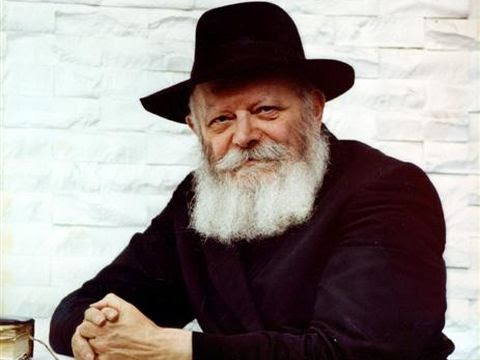 Are you crazy? Why would you do that? It must be so hard? How do you do it? You Chabadniks are nuts!

If I had a nickel for every time I heard one of the above statements… Let’s just say, I’d be driving a nicer vehicle.

So what does motivate us? Are we indeed nuts? How do we do it? It is a great question, whose answer keeps on getting deeper and deeper. As the Rebbe’s 26th yahtzeit (day of passing) arrives tonight, I ask myself these very same questions. I’ve asked myself this question each of the over 19 years we’ve lived here in Indianapolis doing the work inspired by the Rebbe .
There is always an answer, but like fine wines or good scotches, (or maturing minds) it gets more refined and better with age.

To steal a word that a colleague of mine has been bandying around a lot lately, in a word, its about “disruption.”

Let me explain. For starters, let me get this out of the way, yes, we are a bit nuts. Who else would uproot themselves from their community where they grew up, from a place where the vast majority of the people in that community share their values, customs and practices, and enter a world of the opposite?

Who would leave to go to a world, where the best they could hope for would be to never really have any financial stability, where a good Jewish education would constantly be a challenge, where family is often a many-hour drive away, and usually a flight away?

One answer, a Chassid.

Literally, a Chassid means a pious person,often used to describe the follower of a Rebbe, in our case, the Lubavitcher Rebbe. However, colloquially, it has taken on a whole new meaning. It means, a person, or family who have dedicated their lives to living it in the way that the Rebbe did, in a completely disruptive manner.

I don’t mean, being loud, and boisterous, singing songs at the drop of a hat or possibly drinking a lechayim any random given time, kind of disruptive (though certainly guilty of that too). But rather, life disrupting.
The Rebbe lived his life so completely out of the box, that in truth, mentioning a box, is disservice to who the Rebbe was. The Rebbe was a lover of Yiddishkeit (Judaism) of the highest order, but even more than that, (though one can argue they are one and the same) the Rebbe was a lover of Yiddin (Jews).

The Rebbe loved Jews so deeply and intensely, that nothing, literally nothing could interfere with his passionate love for his fellow. (There are stories that illustrate everything I am writing see www.therebbe.org for more…) The Rebbe reached out to sinners and searchers, righteous and rebels, to everyone and anyone he could impact. The Rebbe used tactics that were so disruptive to the typical mainstream Orthodox Jewish norms that fellow Orthodox Jews had no clue what to say or do.

Eventually, they watched as the Rebbe broke barrier after barrier and redefined the norms, and suddenly what the Rebbe had previously done as a maverick now became the emulated and imitated standard for all world Jewry.

The Rebbe wanted every boys or man over bar mitzva to wear tefillin, he wanted every woman and girl over the age of three to light shabbat candles, he wanted every single Jewish child to receive at least some form of Jewish education. If not full, time at least once a week. The Rebbe wanted Shuls and Shabbos available anywhere there were Jews. The Rebbe had no time for naysayers or detractors, he spent his energy encouraging wave after wave of emissaries to join him in his march to disrupt, in the most positive way, all of Jewry.
Often accused of cult-like connection/devotion between Rebbe and Chassid (adherent), this too was part of the Rebbe’s disruptive plan. To take back Judaism from a generation of Jews beaten back by the Holocaust and assimilation in the “goldeneh medina” – America, the Rebbe inspired an army of LEADERS, not FOLLOWERS to go out, each to their own community with a simple mandate. The Rebbe created an army of independent disrupters, whose job is to change the world, each in his own place, each in his own way.
Disrupt the status quo. Be a living example of what the beauty of Yiddishkeit is, and inspire people, with food, with Hebrew Schools, with Minyanim or with Torah or Chassidus classes, with BBQ’s, or a jam session. Find out what you are good at and use that to draw people to their own roots.

This is how I grew up, born and bred, in sleepy Long Beach, California, watching a community like that form out of nothing, and it was always my dream to be part of that Yiddishkeit Revolution.

So, to answer my questions above.
Crazy? you bet.

Why would you do that? Because nothing is more powerful and rewarding than making a difference in something that you truly believe in.

Is it hard? Absolutely, which is why times like this, the Rebbe’s yahrtzeit in particular are important opportunities for us to assess and reassess our role and job that we are doing in being a part of the disruption. Are we doing it right? What can we do better? How can we be more efficient? Etc. etc.

I don’t know how we do it? Some times we pick one another up, but I do know this, that I wouldn’t trade it in for anything else in the world.

So, as we mark the 26th yahrtzeit of the Rebbe, I invite everyone to join us in this Yiddishkeit disruption. As a creator of leaders, the Rebbe invited every Jew of every stripe, color and level of observance to join and be another leader.

LEAD!
I salute you Rebbe and pledge to do my best to continue to do my part.