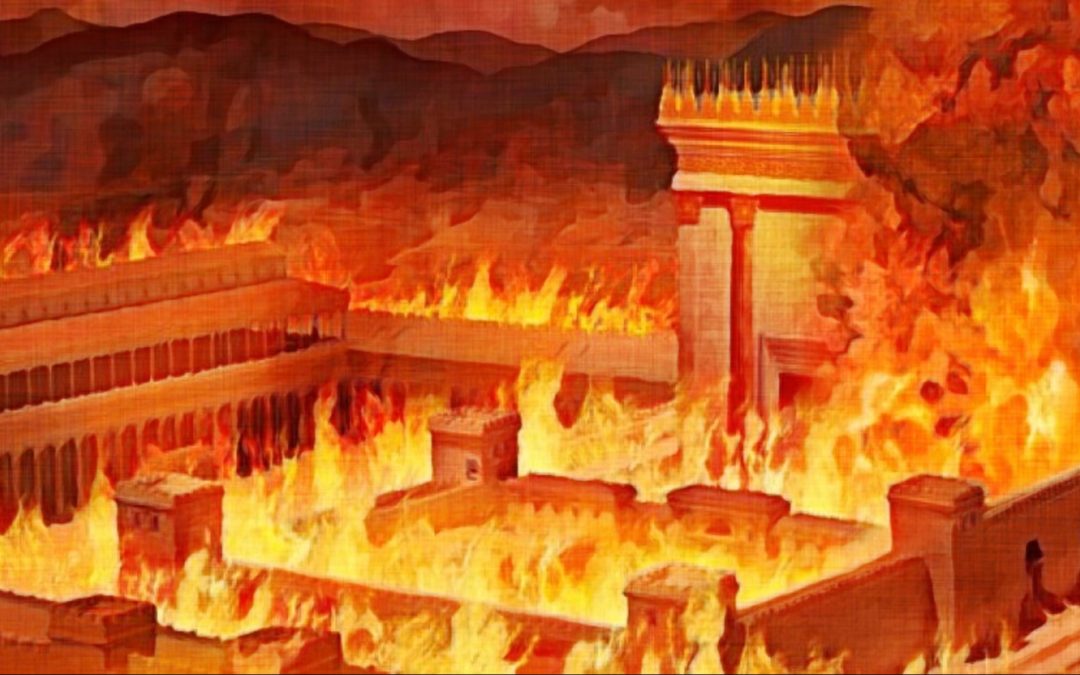 Anyway, it’s used to remove nails, or do some serious damage. If you do damage to repair; eg. break a hole in a wall to install some new plumbing or electric, or to fix a new piece of cabinetry, is the hole in the wall an act of damage or a step in the act of repair or building?

If a tree falls in a forest and no one is there to hear it, does it make noise?

This pondering can be explored on a broader scale.  If we don’t see the benefit of the hole in the wall, is it any less an act of repair?

This Saturday night and Sunday we mark the 9th of Av ( see HERE for more info about the Ninth of Av). The Torah instructs us not to destroy any part of the Bais Hamikdash – the Jerusalem Temple.  Our Sages say that Hashem Himself follows the Torah’s laws.  As such, it begs the question, how Hashem allowed and participated in the destruction of the Bais Hamikdash?

Indeed, it was an act of rebuilding.  Clearing the space of the Temple to make place for the new one.  Spiritually and metaphorically, creating the space for the Exile and our work in it, to usher in a new world, a transformed world with the coming of Moshiach.

Yes, at times we can fathom the justification of so much pain and suffering for close to 2000 years, but that doesn’t change the reality that it is an act of repair and building – tikkun olam in the ultimate sense.

But since it hurts so bad, and the Talmud says that Moshiach was long overdue back then, we lament, cry out and demand as we near the commemoration of this event, that Hashem bring Moshiach and complete the construction project.

May we merit this before this Shabbos, and this Shabbos which is actually the 9th of Av, we’ll have a great party in Jerusalem.

Have a great and uplifting Shabbos!