My Flat Tire and the Huge, Intimidating World 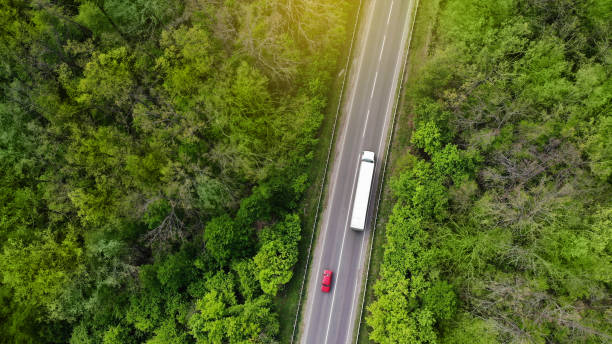 So, this week on Tuesday, I was driving back from NY to Indy in my 15 passenger van with my wife and 6 of our children. We started out about a quarter to 4am leaving from Brooklyn. All was well and we were making good timing. We would have arrived in Indy about 6:30 just under 14 hour which is the average timing it takes our family for this trip .

About 45 minutes before we reach home, I hear a bang on the bottom of the van. It sounded like a rock hit the underside. A few minutes later i get a message from my dashboard that the left front tire is low on air and needs to be filled. I pressed a few buttons and I see how the air is starting to decrease from the required 55psi to 30, 20 etc.

I realized I needed to get to a place to stop really quickly. I took a chance as I watched the tire pressure number on the dashboard steadily going down and I hoped I would reach the exit before the tire was totally down to the ground. Thank G-d I got off the exit and there was a gas station right there. I tried filling up air, but saw how the tire was releasing air as I was filling. Frustration set in. We are 40 minutes from home. This is going to be a long evening. As I’m in the gas station I see, maybe 150 feet away, what looks to be a auto repair shop. I walk over and indeed it is. I look at the front door. It says it closes at 6pm. It was then 6:04pm. I tried the door and it opened, but there was not a soul around. I called out with no answer. I went outside and around to the back. I see 2 fellows there getting ready to close. I told them my problem. They had me bring the van to the repair shop. The owner of the shop removes the tire, told me it has a tear on the side wall and is not repairable. He installed the spare, replaced the flat under the van, and refused to take any money. The entire delay of this all was 50 minutes. Not bad when I was expecting many hours.

Neat story. A lot of help from on High. A very generous fellow. However as a Chabad rabbi exposed to the Chassidic teachings, there must be some thing more. The famous Chassidic Master, Rabbi Yisroel Baal Shem Tov, say’s that everything a person sees or hears they are supposed to take a lesson from in regard to their service of the Creator.

What lesson can I learn from this incident. I think that sometimes we are intimidated by the world and don’t take a “high road” attitude, where we are positive and think that things are being orchestrated from on High and they will work out well. So, periodically, G-d will send us a message to say that He’s in charge and will take care of us in a reveled way, so that when His goodness is not always revealed we can know that it’s still being run by Him.

Looking for a connection to the Torah portion we read this week, Parshas Eikev, we can perhaps say there is a similar thread of not being intimidated by the world, but to be in charge:

The Torah says in this weeks portion ” Who led you through that great and awesome desert, [in which were] snakes, vipers and scorpions, and drought, where there was no water; who brought water for you out of solid rock” (Deutoronomy 8:15)

The Jewish people’s desert trek was a forerunner and metaphor of the existential state of exile, which is followed by the redemption and entry into the Promised Land. The Torah here describes the stages through which both the people as a whole can descend into their collective exile and we as individuals can descend into our own personal exiles:

The first error lies in overestimating the power of the secular, mundane world and underestimating the power of holiness. True, the Divine soul, and the Jewish people in general often seem to be at a disadvantage in every way, but the truth is that nothing can really oppose holiness. Deluding ourselves into thinking that anything can is the first psychological descent into the mentality of exile.

Exaggerating the power of the unrectified world leads us to granting it dominion over the “religious” aspects of life as well. We become so afraid of the world’s power—we consider the desert so awesome—that we are scared to appear too religious, even in private.

But sooner or later, devotion to worldly pursuits leaves us jaded and our enthusiasm for them spent. This leaves us cold and deadened to any kind of stimulation, just as the scorpion’s venom is cold.

When G‑d tries to arouse us from this state with a thirst for true life, we will not be able to recognize what we are thirsting for. We will “thirst” but remain “parched.”

The way to avoid all of this, then, is not to begin this process altogether, by making the mistake of overestimating the weight of the world around us. By fostering our awareness of the power of holiness within us, we can avoid the pitfalls of exile and live up to our true destiny.

Have a great Shabbos!